The Alexandria, Va.-based institution, which formed in 1935 to serve employees of the U.S. Senate, posted the strongest market growth rate in the 2018 ranking, at 26.3%. Share certificates with a maturity greater than three years were a major driver of the growth in shares and deposits: they more than quadrupled to represent 18.5% of total shares and deposits. The credit union's operating expense ratio was also among the best in the group, at 53.83%.

All told, U.S. Senate FCU met or beat the top-50 median in four of the five ranking metrics; the lone exception was its net charge-off ratio, which at 0.38% was 17 basis points higher than the top-50 median.

S&PGlobal Market Intelligence ranked the nation's credit unions using five core financial performance metrics: member growth, market growth, operating expense as a percentage of operating revenue, net charge-offs as a percentage of average loans and delinquent loans as a percentage of total loans. Each company's standard deviation from the industry mean was calculated for every ranking metric, equally weighted, then added together to calculate a performance score.To help normalize the data and mitigate the impact of outliers, caps and floors were applied for each metric. To be eligible for the ranking, a credit union had to report more than $500 million in total assets and a net worth ratio of at least 7.0% as of Dec. 31, 2018. Based on these criteria, 552 credit unions qualified for the ranking. 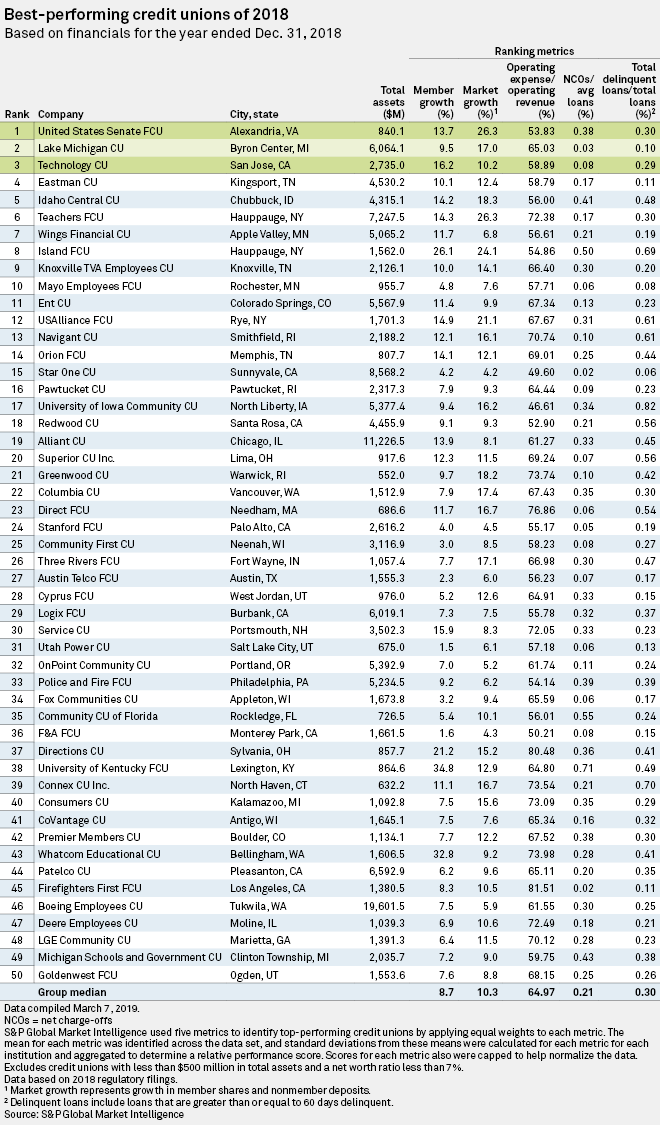 California continued to lead the nation with eight credit unions in the top 50, although that was down from 13 in 2017. Seven states had three credit unions on the list. 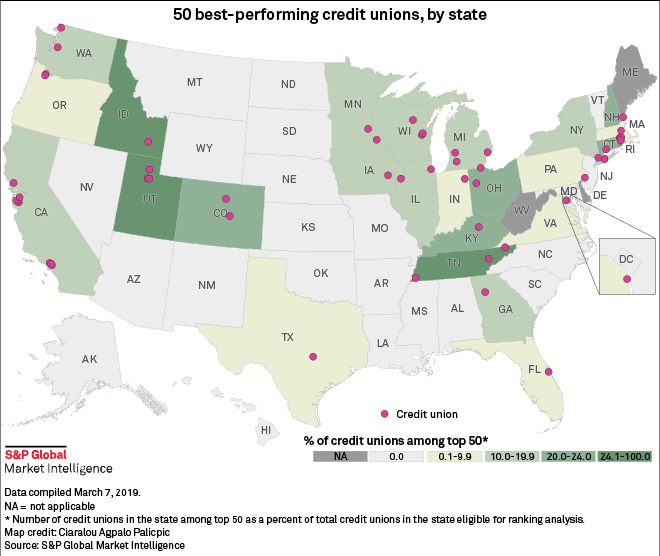