The RTCA dinner is a night to honor distinguished reporters and journalists and to celebrate an extraordinary year in Congressional broadcast news coverage.

The RTCA executive committee presents several awards during the dinner. The first portion of the program featured remarks from the evening’s entertainer, comedian, actress and writer, Sasheer Zamata.  After a break for the dinner service, the second portion of the program featured award presentations including NBC's Kelly O'Donnell receiving the Career Achievement Award and remarks from the evening’s keynote speaker, Pulitzer Prize-winning author and Presidential historian Jon Meacham.

To show our support, USSFCU sponsored the dessert station at Thursday’s dinner—“The Perfect Union”. USSFCU President and CEO Tim Anderson along with a group of USSFCU leadership attended the dinner to show solidarity and support for the RTCA community.

Since 2005 members of the Radio & Television Correspondents’ Association have been eligible to join United States Senate Federal Credit Union.

Founded in 1939 the RTCA works to protect the rights and privileges of radio and television news reporters who are assigned to bring the news of the United States Congress to viewers and listeners across the globe, and assist in every way possible to maintain the high standards of reporting by its members.

Are you a member of the RTCA who would like to join USSFCU, click here to get started. 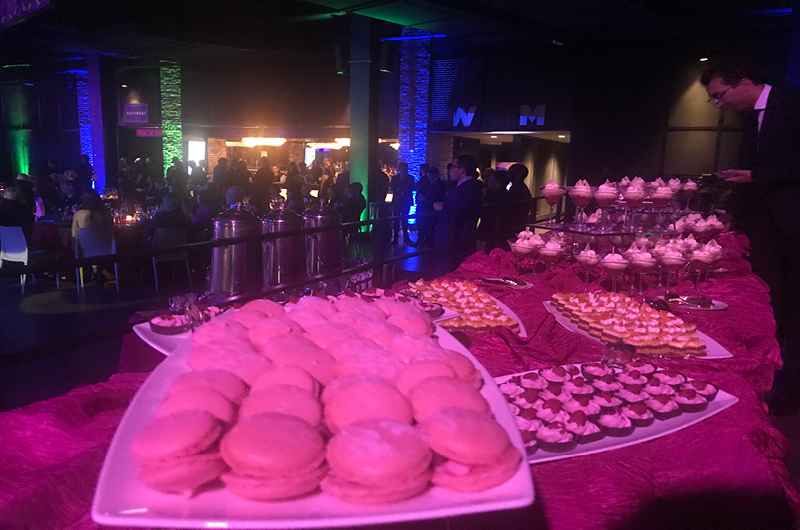 I feel my money is safe, the service has always been top-notch and we've found it easy to use even though I probably haven't set foot in one of the branches in five years. Joining the credit union is one of the smartest things I've done.

USSFCU has been my first banking option for over 40 years - no fee atms - my grands are now members of the credit union and value their credit union membership also.

USSFCU staff continues to be the best and always has my best interest.

The USSFCU has been an important part of my financial situation and has provided outstanding service.

Every experience with USSFCU has been extremely good right from the start. Our main account with USSFCU is a HELOC with zero over prime rate, which is almost unheard of. The customer service has always been excellent. And when we asked for a temporary payment break to navigate and reorient professionally due to the sudden and temporary financial im...

I've always been treated very professionally and the person caring for my financial needs always listened to me and helped me in a way that was not stressful and beneficial to me.

USSFCU has never failed us in its' role of being the best bank ever. All the personnel are professional, friendly, efficient and have more than earned our trust, appreciation and admiration. We admire the way they are constantly evaluating, adapting and growing their services for the benefit of its' members. We are very grateful to have had this im...

I've been banking here for over 20 years it's the best customer service. Credit card interest rates don't gouge at USSFCU. It's a wonderful place to bank.

Very personable, solution based and takes an interest in your situation.

I joined in 1975 when I began my 41 year career in the U.S. Senate. It was a family and still is - one to be depended on in times of need and for advice.

The credit union provides relatively good services and the security updates to the system are noticeable.

All of my children and grandchildren have USSFCU accounts now. I really admire USSFCU and its staff completely, they have always looked out for my interests.

I am very satisfied to belong to this institution and whenever I need support it is good to know that I count on you.

Always good service, especially when I telephone in. I have another credit union where, every time I call in, I have to wait a considerable amount of time before reaching a representative. When I worked on the Hill, it always was a pleasurable experience coming to the credit union office, whether to make a deposit or apply for a loan.

Customer service via the phone is very helpful and easy to accomplish requests.

Care about their clients and concerned about making sure they have the best rates and packages.

USSFCU has always been accommodating, easy to work with, and staff are always kind. I have every intention of keeping my account with this bank for a long, long time.